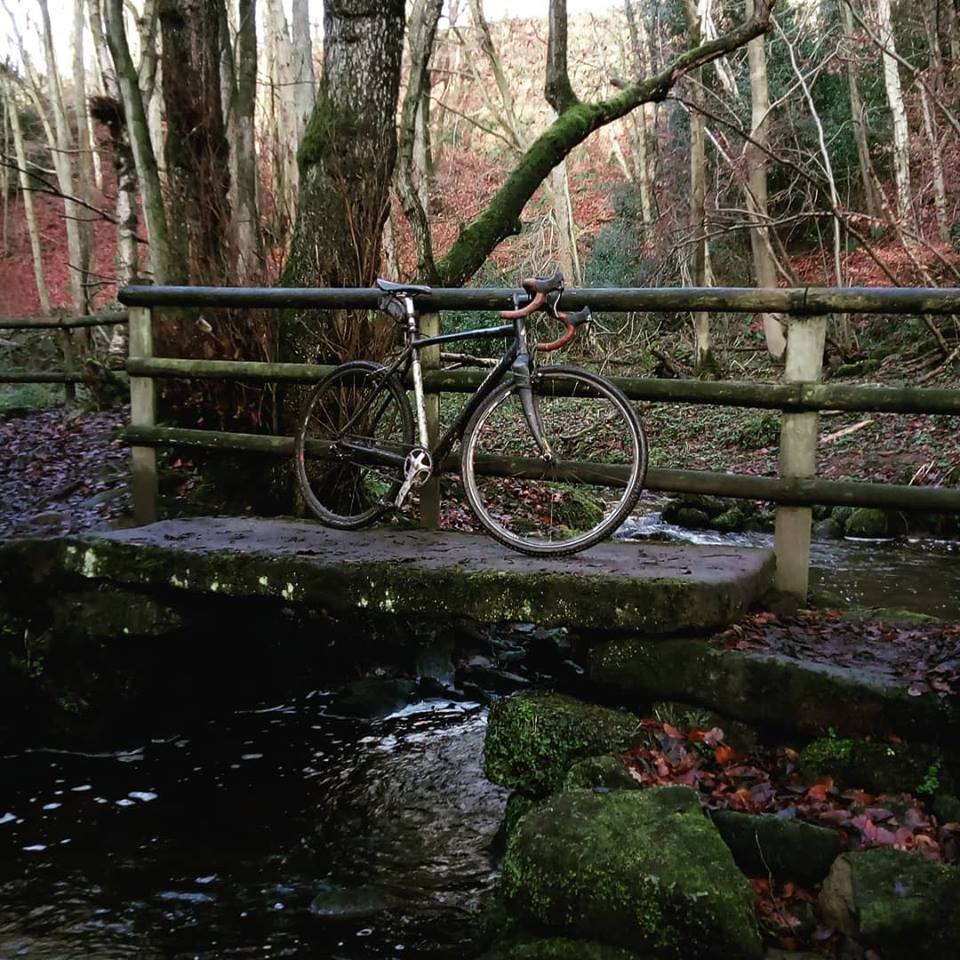 I’m the first one to admit that I get bored easily. However if I didn’t there would probably be no Velotastic, I’d be doing the same thing I always did and life would be rather dull.

The same goes for my cycling. It would have been so easy just to stick with riding my MTB just like I did in 1986 and not have a crack at road cycling, the track, cross, gravel or numerous other bicycle related disciplines.

One of the things I’ve been wanting to have a go at for a while is single speed cyclocross. This is a chapter of the broad church of cycling that is definitely tucked away in a darkened corner as an outlier.

SSCX as it is known has its followers though. There is an unoffical World Championships in the USA and a European champs which is being held at the cyclocross mecca of Koksidje, Belgium this March.

My aim was to build a bike out of old spares that I had available and minimise my spend. I was not planning on crossing continents or doing anything epic – just blasting round the local woods and trails and having a bit of hoot.

I set myself a budget of whatever I could get for a pair of secondhand SRAM shifters on eBay which turned out to be around £70.

I’ll stick my hand up and admit that I did happen to have an old cyclocross frame complete with old school cantilever brakes and a set of Winter wheels to hand which helped keep my roughly on budget. All I had to buy was a sprocket and spacer set, chain tensioner and a set of cheap levers.

I’ve already got a singlespeed bike that I use for commuting so I had a rough idea what to expect. I’d worked out roughly how many gear inches I wanted to push using the Bikecalc website and a few internet forums and settled on around 55″ which worked out as 38:19 on the bike. I hadn’t a clue if this would work in the real world, but thought it would be a good starting point.

There is a certain zen like joy from the sound of a quiet single speed drive train. Hitting this sweet spot of cadence and forward motion makes it all worth while. However I had the hills surrounding Chesterfield to spoil this bit of cycling Nirvana.

Initially anything too steep and it felt like you were pedalling squares and either the drivetrain or your body was going to snap. Routes that I’d done time and time before were taking on a new dimension as I had nowhere to go on the gear hunt and the options were dig deep or walk.After a few rides I’d developed a rather crude technique of attacking the bottom of climbs and managing to keep my legs momentum going. I was slowly increasing the severity of the hills and was managing some shorter 1:8 climbs.

The other problem was the other end of the scale  – downhills and flats. The bike initially spinned out at around 25 km/h. I slowly built up my cadence levels and have learned to pedal a bit quicker and have got this up to around 30 km/h on the flat. Especially on road, downhills turned into a massive freewheel complete with a aero tuck to gain the maximum amount of speed.

Because the bikes a bit old school there are no disc brakes – just canti’s which means braking a little bit earlier and that noisy grinding sound when you get grit between your rims and the pads after going through a puddle of mud.

Would I do it again  – definitely yes. In Winter months when the roads and trails are dirty a single speed is a lot easier to keep clean. OK riding single speed does involve modifying your riding style but it also has the benefits of building your leg strength up and increasing your cadence which cannot be a bad thing.

They are also relatively easy to build and once you have the bike built there are less things to go wrong on the bike which is not a bad thing in the cold Winter months when you want to be riding rather than fettling.