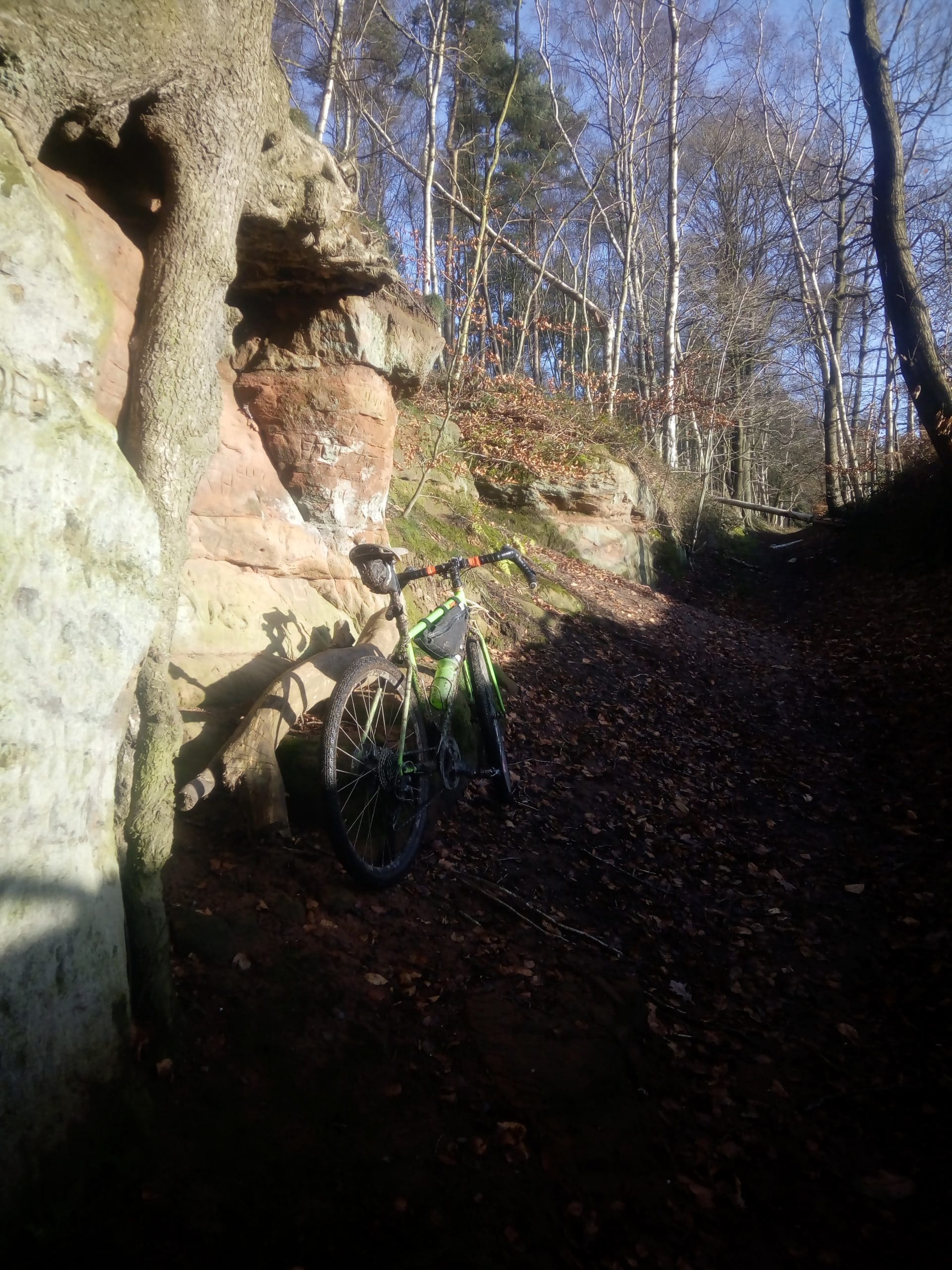 Must admit whilst I love the Peak District, it’s good to head in the opposite direction and explore the trails to the east of Chesterfield now and again. This routes a great Winter route as it’s a bit lest wild than some of the ones I’ve created.

Clumber Park is a popular spot with locals. The estate which was owned by the Duke of Newcastle is now run by the National Trust and is great for walking, cycling and relaxing.

This route starts at Chesterfield station and heads down the Transpennine Trail roughly following the Chesterfield canal and then a disused railway line. It the climbs over a hill via some quiet lanes and re-joins the canal at Kiveton.

Then it’s over to Worksop and follows the NCN route 6 through Worksop to Clumber. Then it’s through the Welbeck estate and Cresswell Crags where there’s a visitor centre and cafe.

The route then heads down the newly opened Clowne Branch line and down to Poolsbrook country park. It’s then back along the Transpennine Trail back to the start.

The route is more ultra-CX than pure gravel – do able on a gravel bike but a bit muddy in places, but not difficult enough to require an MTB.

There’s also a couple of places that you may have to get off and push your bike. Please be sensible and share with care.