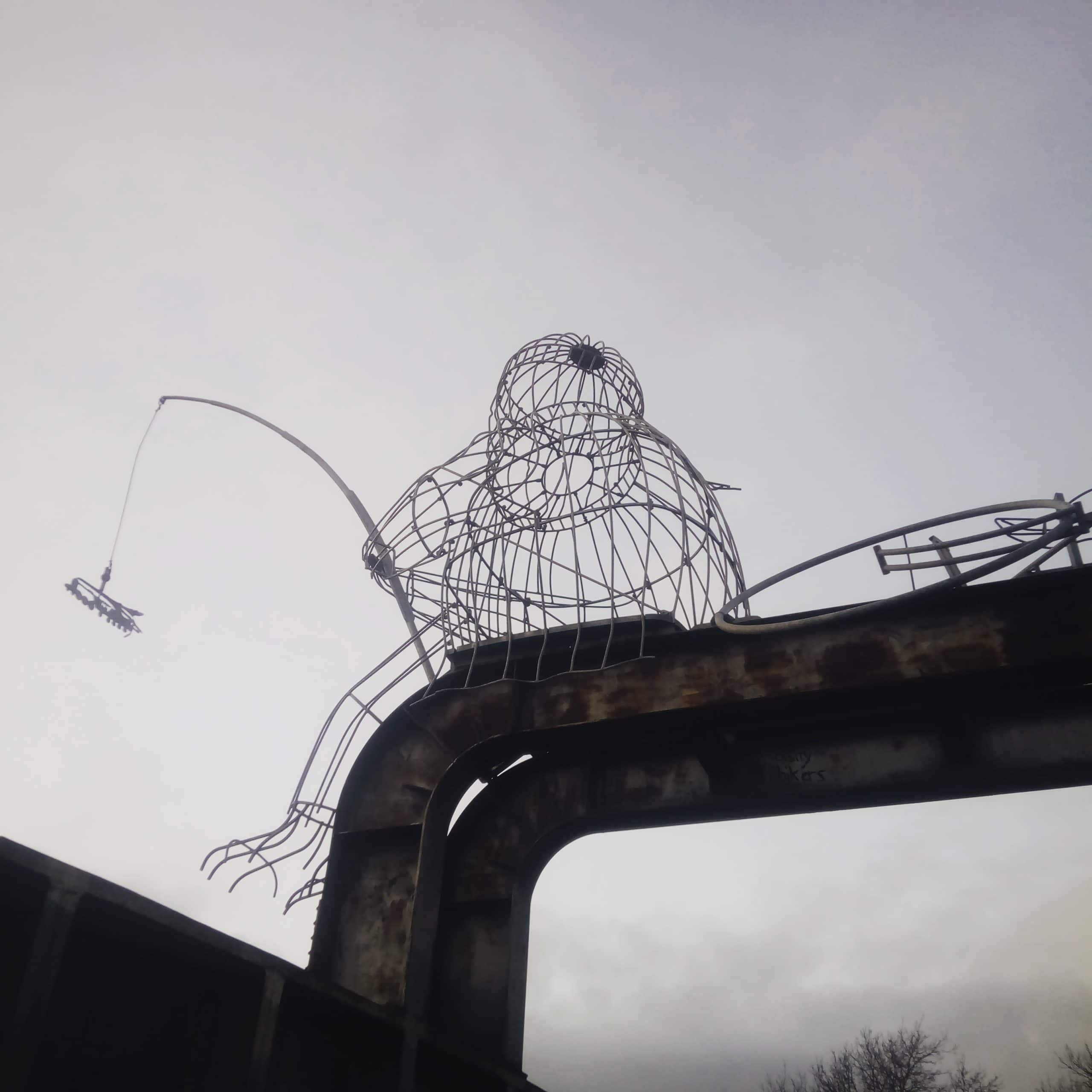 Bollocks. In front of me there was a flooded bridge. It’s outline marked out by fence posts. The question was, was it complete. The surrounding river looked deep and cold. Should I risk riding it, not knowing the condition of the submerged structure or may an 8 mile detour via the road to Snaith. The clock was ticking on the challenge I’d set myself and I erred on the side of caution and headed back down the road.

Winter is a hard time to get motivated. The nights are long. The days (especially this year ) cold, wet and windy and the warmth of being indoors seductively attractive. I needed to do something to get out of the routine of doing nothing. With the shortest day approaching my mind drifted to the Summer solstice and rides through the night celebrating this. Why not do the opposite and see how far I could ride in the daylight hours around the solstice.

I’d got roughly seven and a half hours to play with and I wanted to get to a destination with a reasonable train service back home. The choice was narrowed down to either York or Cleethorpes off road – roughly 130 km. York won as the train fare was cheapest.

The route I’d chosen was roughly following the Transpennine Trail as far as Selby and then taking the cycle network up to York. I’d ridden bits of the route before so had a good idea what to expect – a mix of trails, quieter roads and bridleways, so my gravel bike was an obvious choice.

I took a pair of trousers and a duvet jacket with me for when I arrived in York in my Oveja Negra Gearjammer seat pack as I knew it was going to get dirty out there. I also use my Roadrunner Wedgie frame pack to carry sandwiches and other essentials including tools and inner tube.

The first start of the trip was the same as my commute to my office, then over to Ulley and past the reservoir that had threatened to breach in the floods of 2007. Then a short, but busy road section before a quieter bridleway over to Conisborough. My great grandfather used to have a farm near the castle there and drive is cattle down to the centre of Sheffield. A task which took several days.

Then along following the Don to Doncaster. This turned out to be one of the highlights of the route. Following the slow meandering river down a wide valley which looked ripe for canoeing.

Then skirting through Doncaster following old railway track beds. Then north past villages that had suffered with the recent flooding. An onto Sykehouse looking out for the familiar red squares of the national cycle network route markers.

All was well until I reached the flooded bridge. After erring on the side of caution I headed the long way round to Snaith. On the way I gave the nod to a cyclist in a vintage Kelme jacket. Only on my return did I discover that this was a fellow I’d been talking to on social media for the past couple of years !

North from Snaith and past a disused airfield that was being used by a gliding club and onto Selby. Once the heart of Yorkshire’s coalfields, this market town’s significance in my journey was it was a major junction. To the east the Transpennine Trail headed towards Howden, to the north the rail trail to York.

No time to hang around as the clock was ticking. On to Riccall and the start of the Solar system trail, with distances being marked by planets.

Past the well healed suburb of Bishopsthorpe and the route was filled with families and dogs barely under control. Whilst the urge to press on was there, I decided the more pragmatic option was to show some patience and proceed with care and a smile.

Finally I was in York, the city seemed very noisy. Full of a toxic mix of Christmas shoppers, tourists and worse for wear revellers. A cyclist started chatting to me whilst we were waiting at a set of lights. ‘Blimey you’re a bit muddy’ he said’ Have you been far ?’. Chesterfield was my reply.

Velotastic's closed next week as we're off on our

I've just had a delivery in from Outer Shell Adven

Busy writing up some more routes for the bit of ou

I've just had a fresh restock from @ovejanegrabike

A fresh delivery from @ron_kingcage has arrived at

Launching next month our very own club for riders

Working on some new route ideas for the Velotastic

The patches have arrived for our last virtual even

Fresh in from @ilequipment - the Pilot bar bag.

Coming early September, an idea that I've been thi