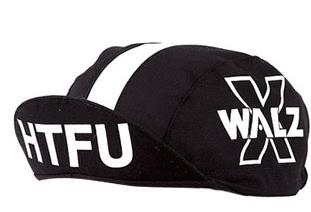 One of the most common debates amongst cyclists is how hard a climb is and how to quantify this.

The traditional method is 4th,3rd,2nd,1st, HC catergories in which climbs which are subjectively based of the road condition, length, steepness, position in the race and what the higher powers had for lunch. Rumours are that the grading was even originally based on what gear a 2CV would use to get up the hill ! For example the last climb on stage 2 of this years Tour – the infamous 30% Jenkin Road was only a Cat 4.

This afternoon I was having a discussion on Twitter regarding the Ride London event and the severity of Box Hill. One of my cycling buddies Dan, came up with a formula related to one of the Peak’s most famous climbs – Froggatt.

Froggatt is not a climb by alpine standards – 5.7 km and 233 m of climb or thereabouts depending on where you start and finish (which is a totally different debate), however it is regarded as Sheffield’s equivalent to the Poggio on the Milan – St Remo – the final climb before the long descent back into the city and is hotly contested by local hitters.

Climbs can be broken down into two parts – their distance and height gain, a multiple of which will give you an idea on how much you are going to suffer. The multiple for Froggatt is 5.7 x 233 = 1328.1

The F factor is a very approximate and non-scientific method of calculating how hard a climb is. It is simply the multiple for a climb based divided by Froggatt’s multiple.

Here’s some examples below (all based on Strava segments  – climbs can be longer or shorter, it depends where you start !):

Obviously this very crude method does not take into account the weather, cake stops, fatigue etc, but it comes across as a more logical and mathematical approach to grading climbs than the traditional dark art. Some of the climbs listed above are a lot steeper than Froggatt, but don’t have the length, as stated above it is a combination of the two factors of length and height (in my very unscientific opinion) that add to a climbs toughness.

This problem of Dan’s formula got several people on Twitter thinking about how to overcome the steepness issue and how to build this into the F Factor. One of the people that started to think about this problem was another sometime riding buddy of mine – John.

Now John is a nuclear physicist so is a bit better than me at numbers as my maths ended in a big fat fail at college level. John tweaked the formula to the following:

1. Calculate the tangent of climb

After feeding the data into a spreadsheet the numbers come up as:

This seems to give a more balanced result as any Peak District rider will tell you Winnats and Rowsley are a lot more painful than Froggatt !

If nothing else this formula creates a debate and gets you thinking is a climb harder if it’s long and steady or short and sharp ?

Has your local climb got the F factor ? Do the sums and see how it adds up.

Thank you for Dan and John’s help with this post.