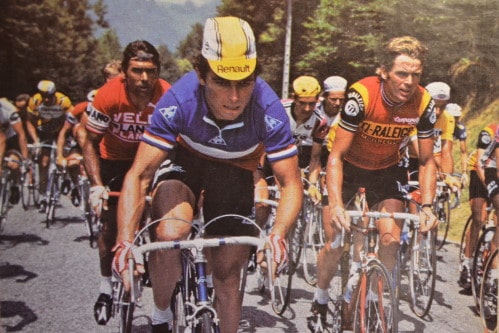 The British Film Institute (BFI) recently made a wealth of archival and historical films on the subject of cycling available free to access online for the first time.The films are a brilliant snapshot on the history of cycling within the U.K.

A great example is Six Days in Romandie.  This film follows the fortunes of the TI Raleigh Campagnolo racing team, led by Peter Post, during the 1982 Tour of Romandie in Switzerland.

There’s a wealth of classic films on the BFI site that are of interest to cycling fans. Loose yourself for an hour or two on their site. http://bfi.org.uk