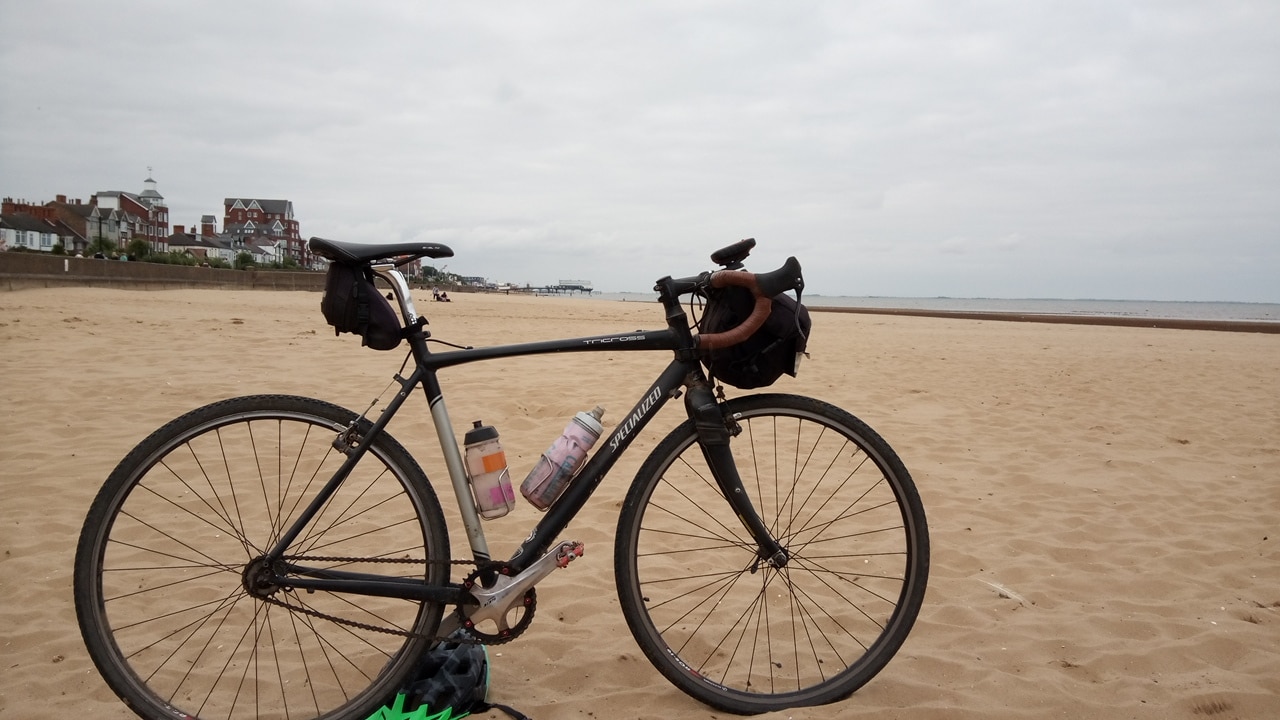 Derbyshire is as far as you can get from the coast in England – the furthest spot from the sea is in the south of the county at Coton in the Elms.

One tradition that many local cycle clubs is a trip to the seaside for some chips. Not only do the flatter roads make a change from grinding up the hills of the Peak District, but the novelty of being at the seaside is one of the highlights of the cycling calender.

For a while I’ve had the idea of extending the route from Chesterfield to Lincoln to head out to the coast. The route I had in mind past the cathedral city is mainly country lanes and explores the northern part of the Wolds to add a few hills into the latter part of the ride.

Once in Lincolnshire you do feel like you are in ‘bomber country’ with the number of disused air force bases you pass. There are a few byways after Lincoln that could get a bit interesting in Winter, but another option is to follow NCN route 1 northwards.

I do find that riding a linear route with a destination is quite cathartic – especially when there’s fish and chips at the end. Circular routes starting and finishing at the same place seem to have lesser of a sense of achievement compared to them. I also find riding singlespeed is a great way to clear the mind once you have settled into your ideal cadence. The gearing I used for this journey was 39 x 18 which was chosen more from luck than judgement. The bag on the front of the bike is a Road Runner Jammer bag and was great for carrying my waterproof, food, phone and pump. Papa’s Fish and Chips at the end of Cleethorpes pier get my vote too !

Coffee and cake stop at a rather appropriate named

Sending out the Secret Sortie patches to everyone

Humpday task. Out checking how the trails are runn