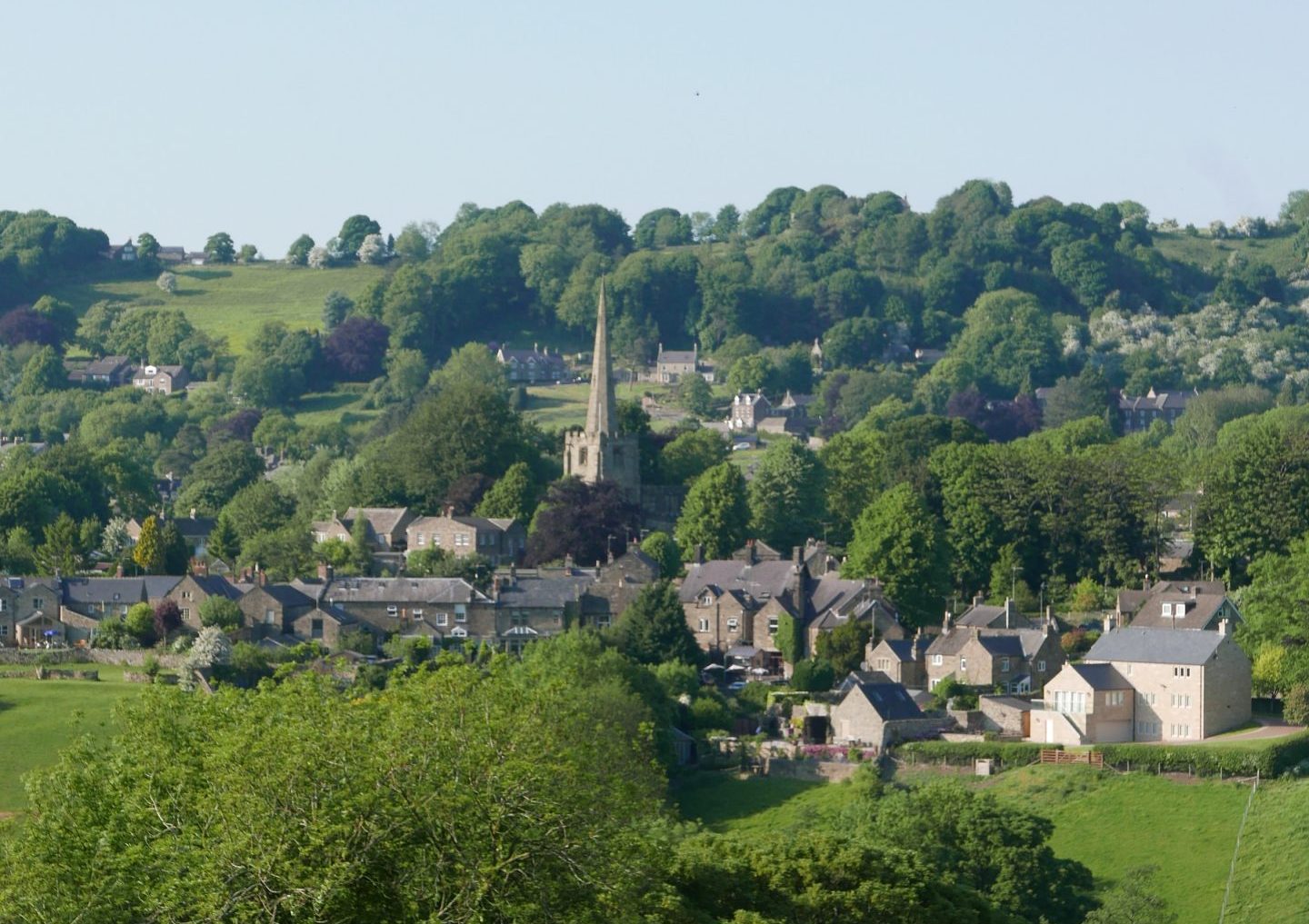 Despite being based so close to the Peak District many of our favorite places to ride are on the strip of land that lies between the M1 motorway and the national park.

It’s not that we don’t love the architecture and landscape that the Peak District has, it’s just at times it’s a victim of it’s own success and a tad too busy for our liking.

One such place that we frequently visit is the village of Ashover. This picture postcard spot was one of the places used for the TV programme Peak Practice along with nearby Crich. It’s a wonderful place with several pubs and a post office that also runs a cracking cafe called Stamp.

Ashover sits near the head of the Amber Valley. It’s long been popular with walkers and mountain bikers, but we’re going to focus on what it has to offer for road cyclists.

The answer is, besides the road that runs along the bottom of the U shaped valley – lots !

The area is criss crossed with punchy climbs that’ll leave you gasping for air when you get to the top. The roads are fairly quite compared to the Peak and twist and the views are worth a visit if nothing else.

Here’s a selection of what’s to offer. There’s also a miriad of smaller lanes so you can mix and match these routes for even more fun.

It’s often asked what the Roman’s did for us. Well one of the answers is Slack Hill. Made famous as it features in the 100 Climbs books. It’s as straight as a die and a bit of a killer. Best done early in the morning as it’s a popular road with motorists.

A real thug of a climb. A little to long to stand up out of the pedals and punch your way to the top. There’s no false flats or downhills either.

Where Jaggers Lane starts there’s also another cracker of a climb called Robridding. Like Jaggers, the route has a hard start. It then flattens (slightly) before ramping up to join the main road at the top.

Starting on the edge of the village, Milen Hill is a real punchy ramp test of a climb. The climb heads beneath Fabrik rock which is a local beauty spot and view point. The climb starts hard and then gets harder.

This climb starts outside Stamp cafe so means you can have a pre-ride fuel. It begins easy enough heading through the village, then you turn right and the fun starts. Half a kilometre of pain.

Eastwood Lane’s on the gravelly end of the spectrum. Despite it’s shabby road surface it’s a little cracker of a climb. The real fun starts when you’ve gone through the farmyard.

This is one of the areas steadier climbs. It’s however quite pleasant and combined with Hunt Lane (below) is a nice way to get out of the valley.

What Hunt Lane lacks in length it makes up for in fun. The further you get up it the harder it gets.

Milltown’s a lovely little climb up throigh Ashove Hay. It starts down by the river and heads past the Miners Standard pub. From there it’s a steady longish climb up a quiet little lane. It’s one of those climbs that’s not lung bustingly hard but you’ll know you’ve done it by the end.

A natural extension of the Milltown climb. Not one for tired legs this is a thundering climb with a few false flats. The hardest (19%) section is at the start just to kill your legs before you move onto the rest of the climb which is above 10% for most of it.

This is a combo platter of several local lanes that add up to a third catergory climb. Not particularly hard, the route starts on the edge of Clay Cross and finishes besides Fabrick Rock. A nice warm up if you are heading over to the area from the south.