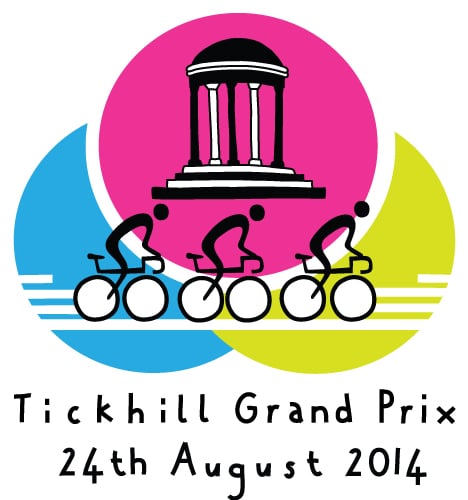 We’re no way a big company, but when we can we like to put a little back into the sport we love.

We are pleased to announce that for the second year running we are advertising at the Tickhill Grand Prix.  If you’ve never seen criterium racing before it is held on a short circuit. Tickhill’s circuit is a real cracker because it is held on closed roads right through the centre of the village.

The event, which is in it’s second year has grown from strength to strength. Last year there was a single race. This year the organisers have put on a whole days worth of racing – from under 8’s to elite men’s and women. Unlike some events the elite women’s prize will be the same value as the elite men’s.

The Tickhill Grand Prix has chosen to support the Yorkshire Air Ambulance  which is a worthy charity that has helped thousands of people including many cyclists.

If you fancy yourself as a bit of a racing snake or want to have an excellent day out watching cycling, the Tickhill Grand Prix is the place to be on August 24th.