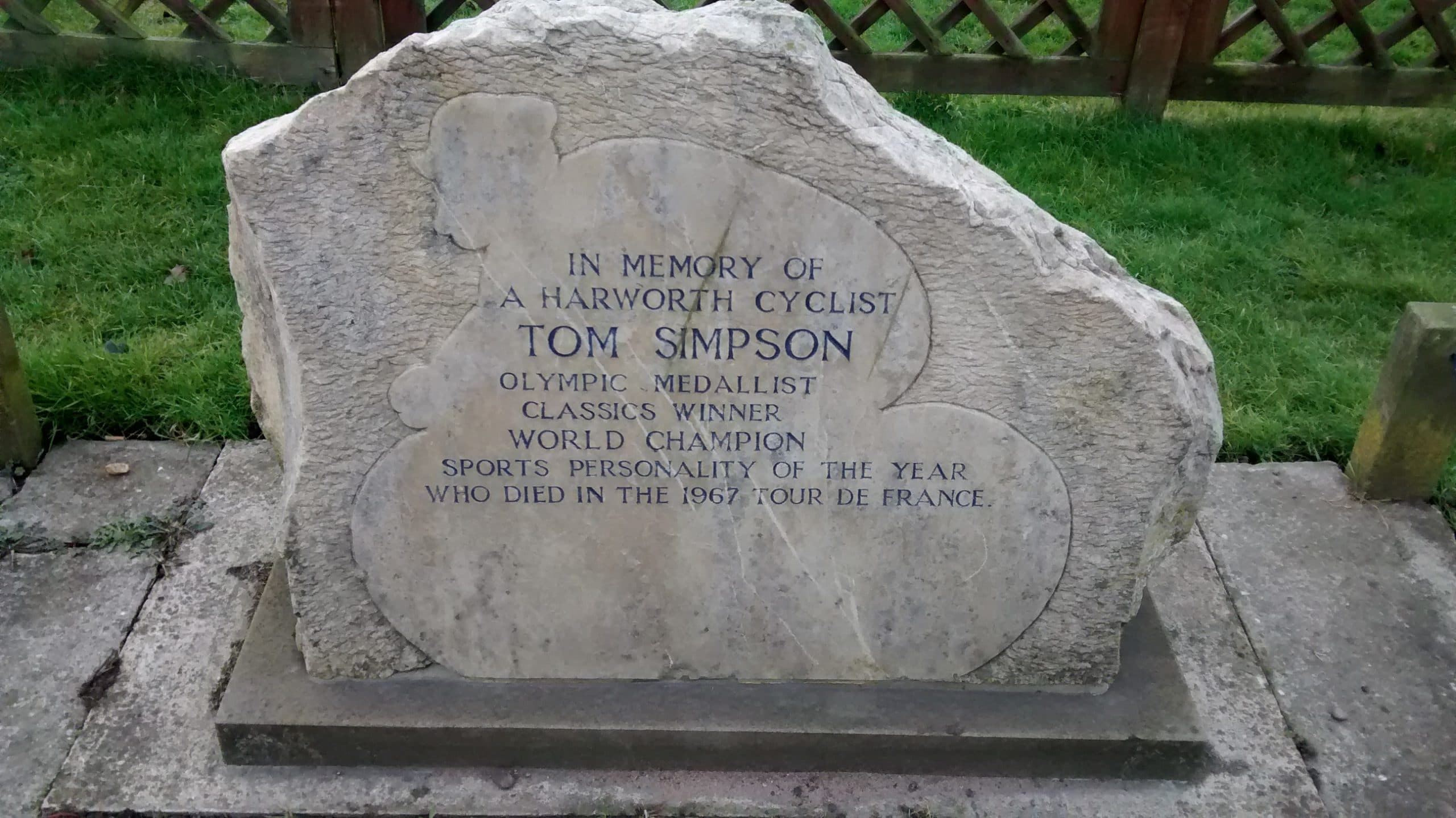 Tom Simpson is one of our local hero’s. Born in County Durham, he was brought up in Harworth, Doncaster.

He was the as well as medals at the Olympic and Commonwealth games, he was the first and only Brit (so far) to win the Tour of Flanders. He also won the Milan-San Remo, Giro di Lombardia and Bordeaux – Paris classics and the World Championship in 1965.

In 1957 he broke the Monsal Hill climb record with a blistering time of 1m 23.4s which would have put him 6th overall in last years event. (It took until 1981 for this record to be beaten by Malcolm Elliott in 1m 14.2s)

After Tom Simpson’s untimely death in 1967 a memorial was erected on Mont Ventoux. In 1997 another memorial was erected in Harworth. Funds were raised for this and a small cabinet containing memento’s from his career in a local working mens club by holding a bike ride. Since then the takings for the ride have gone towards maintaining both the Harworth and Ventoux memorials.

The ride is attended by both local pro riders and enthusiastic amateurs. It is a low key affair compared to many sportives. You hand over a donation (minimum of a fiver). There are no route markers just a photocopied map or a downloaded GPX file from Dinnington RC’s website. Feed stations are local pubs and supermarkets and you are on your own.

Riders are set off in groups of 40 or 50. As expected with a few pro’s and a few wannabe’s the pace is fast. After around 30k the riders spread out and small groups form.

The terrain is flat – 190m of climb for a 90k ride, and the landscape is sparce. The raw February winds and the featureless landscape of the Isle of Axholme more than compensate for the lack of hills and as it is a circular route you are going to get battered by either a headwind or a crosswind at some point during the ride.

Despite the cold weather, the atmosphere is good and the welcome back at the clubhouse is warm.

If you fancy doing a low key early season group ride for a good cause this could be the event for you.