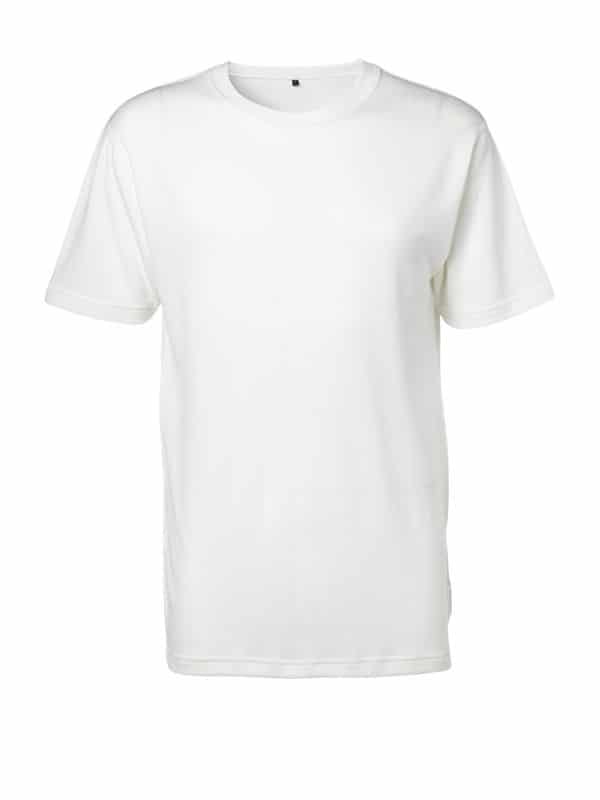 We’ve been testing a base layer for a couple of months now and we’re pleased to be able to say that it is now in stock.

As regular visitors to this site know, we like to give as many of the products we sell some abuse before we put them up for sale.  We’ve rejected several suppliers wares because they were not up to scratch (i.e. something we would buy ourselves) because we like to think of Velotastic as somewhere we would buy from.

When it came to base layers the easy option would have been to test it in winter, say blimey that kept us warm and put it up for sale. However, from experience winter is only half the story. We wanted something we could wear not only in winter but in summer too under vintage jerseys which would stop us feeling clammy.

Having been blown away by the Sportwool fabric that Road Holland use in their jerseys we thought this would be a good starting point for material choice.

Sportwool was originally developed in Australia by the Commonwealth Scientific and Industrial Research Organisation or CSIRO for short. They are Australia’s national science research organisation and amongst other things invented the foundation for WiFi. Being Aussies they have a vested interested in all things sheep, so they got sponsorship from the Woolmark company to study the moisture uptake properties of wool and synthetic fabrics.

As a result they came up with Sportwool.

A knitting technologist from The Woolmark Company was a member of the team, advising on integration of Sportwool’s two layers which are bound together back-to-back to form a single fabric.

The complete separation of the two component fibres on each face of the fabric ensures that a continuous layer of wool is in contact with the skin, producing an exceptional moisture management system that a 100 per cent synthetic product cannot match.

Sportwool™ manages the effects of sweating in two ways.

A few minutes after vigorous exercise starts, athletes begin to sweat. At this point the skin is dry but humidity near the skin begins to build rapidly. Because wool absorbs moisture, the inner wool layer of Sportwool™ absorbs water vapour, slowing the rise in humidity, and also delaying the appearance of liquid sweat.

Then, as liquid sweat forms on the skin, the soft, comfortable inner wool layer ‘pumps’ it to the outer synthetic fibre layer, where it spreads out and evaporates, creating a cooling effect.

Like all our products, we like to know where they are manufactured. This enables us to sleep at night knowing that the folks who made our goods are treated fairly and the factories they work in are not impacting on the environment in an bad kind of way.

The Baltic Base is made in Europe from Scandinavian fabrics. The Sportwool blend that is used is a 25% merino 75% polyester mix. It has a fairly loose fit – we’ve tried compression type base layers before and we prefer this cut as it gives you room to breath. As we said before we’ve been using it for a couple of months now through the summer period including for the Eroica Britannia where we wore it under a 1970’s acrylic jersey and it’s become an essential piece of kit.