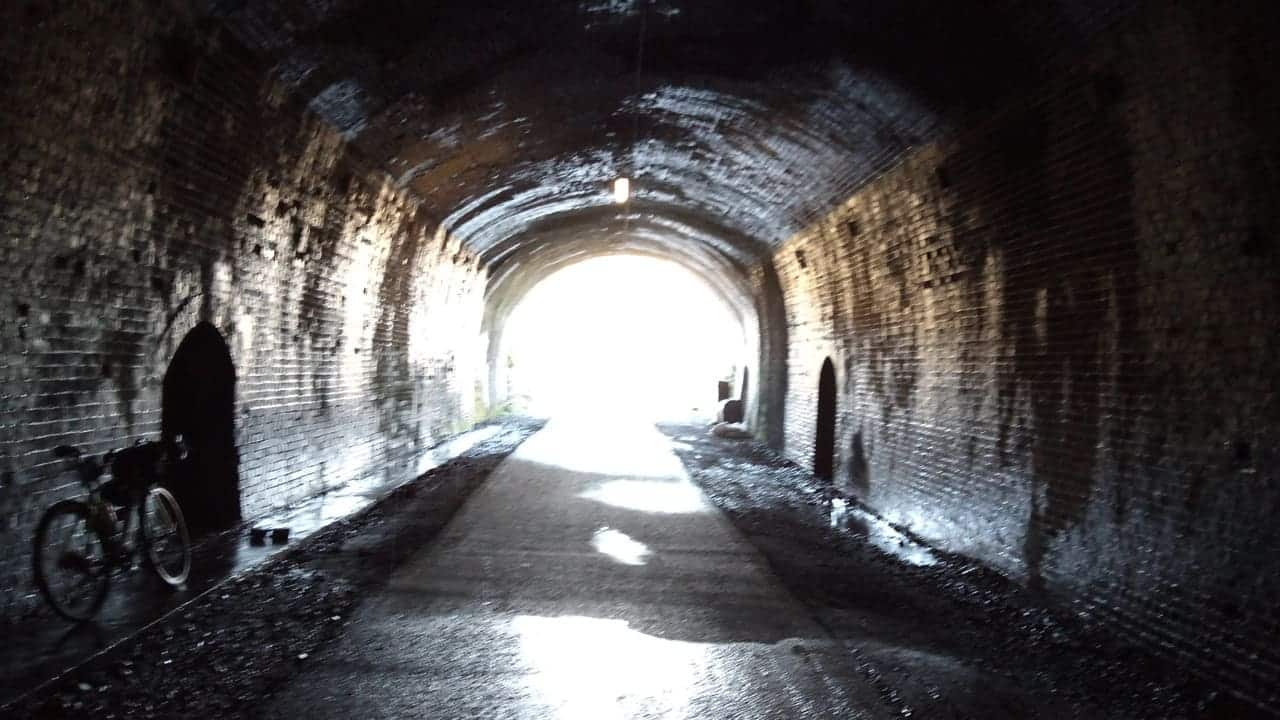 The Peak District is a fantastic place to explore with children. However, especially with younger kids, the prospect of riding up some of the local hills and the volume of traffic can be quite daunting.

Below’s a list of our favourite places to take children cycling. As well as the route maps we’ve listed a few things to see and do on the way.

Situated in the heart of the Dark Peak the three reservoirs at the head of the Derwent Valley, known by many as Ladybower are a popular spot. There’s a cafe at the Fairholmes visitor centre where you can also hire bikes. On a weekend, the road round the western side of the reservoirs is closed to traffic except for the three properties that are situated there. Things to see include the site of ‘Tin Town’ at Birchinlee where the navvies lived whilst they were building the dams and the Kings Tree which was planted by George VI in 1945. The area can be a victim of its own success, however if you go mid-week it’s a lot quieter.

Often overlooked in favour of the Upper Derwent reservoirs the Thornhill trail follows the former light railway that was built to transport the stone for the dam construction from Bamford up the valley. The route starts at Bamford recreation ground and goes past the former water boards HQ which is now used by the Quaker community. The trail finishes by the Ladybower reservoir. From here you can continue along a trail by the banks of the reservoir or go to the dam wall and look into the giant ‘plughole’ overflows. The nearest pub is the Yorkshire Bridge just down from the dam wall which does a fine pint.

Originally owned by the Duke of Rutland, the 747 acre Longshaw Estate is now run by the National Trust. From the rather imposing shooting lodge an ancient track runs through the estate. Things to look out for include millstones, an ancient guide stoop dating back to 1709 and if you are really lucky, red deer. There’s a nice tea room next to the lodge where you can admire the view over the moors across a meadow that is host to one of the world’s oldest sheepdog trials every September.

The Monsal Trail is popular with both tourists alike. Originally part of the Derby – Manchester railway, the section we’ve highlighted runs from Hassop station westwards. There’s a lot of parking at Hassop along with a cafe and bike hire. Highlights of the trail include numerous tunnels, the Monsal viaduct and views across a spectacular gorge overlooking Water-cum-Jolly. There’s also a cafe at Millers Dale and the Buxton end of the trail at Blackwell.

The High Peak and Tissington trails were one of the original former railways to be converted into multi user trails. With gentle gradients and miles of traffic free cycling to be had they are great with kids. There’s several bike hire facilities on the trail – at Ashbourne, Parsley Hay and Middleton top. All of those make a great starting point. Highlights include going in the signal box at Hartington on the Tissington Trail and the Hopton tunnel on the High Peak Trails.

The Manifold Valley is another disused railway. The trail heads down a high sided valley following the River Manifold. Unlike other routes featured here the trail does use quiet roads for a short while. Highlights include looking up at Thor’s Cave and the tearooms at Whetton. There’s a bike hire and cafe at Holme End.

Carsington Water sits just outside the Peak District but is a notable mention. There’s an undulating 8 mile loop around the reservoir which is great for slightly older kids. Plenty of car parking is available. Highlights include the cafe, looking for wildlife through numerous hides and watching the boats on the reservoir.

This lesser known rail trail goes from just outside Matlock to the village of Rowsley. Our favourite section is from Darley Dale to the end at Rowsley. This starts in the park behind the rather grand Whitworth Institute. There’s a nice cafe just beyond the northern end of the trail at Caudwells Mill which has a working water wheel. The other thing to watch out for is steam trains that run alongside the trail on the Peak Rail heritage railway.