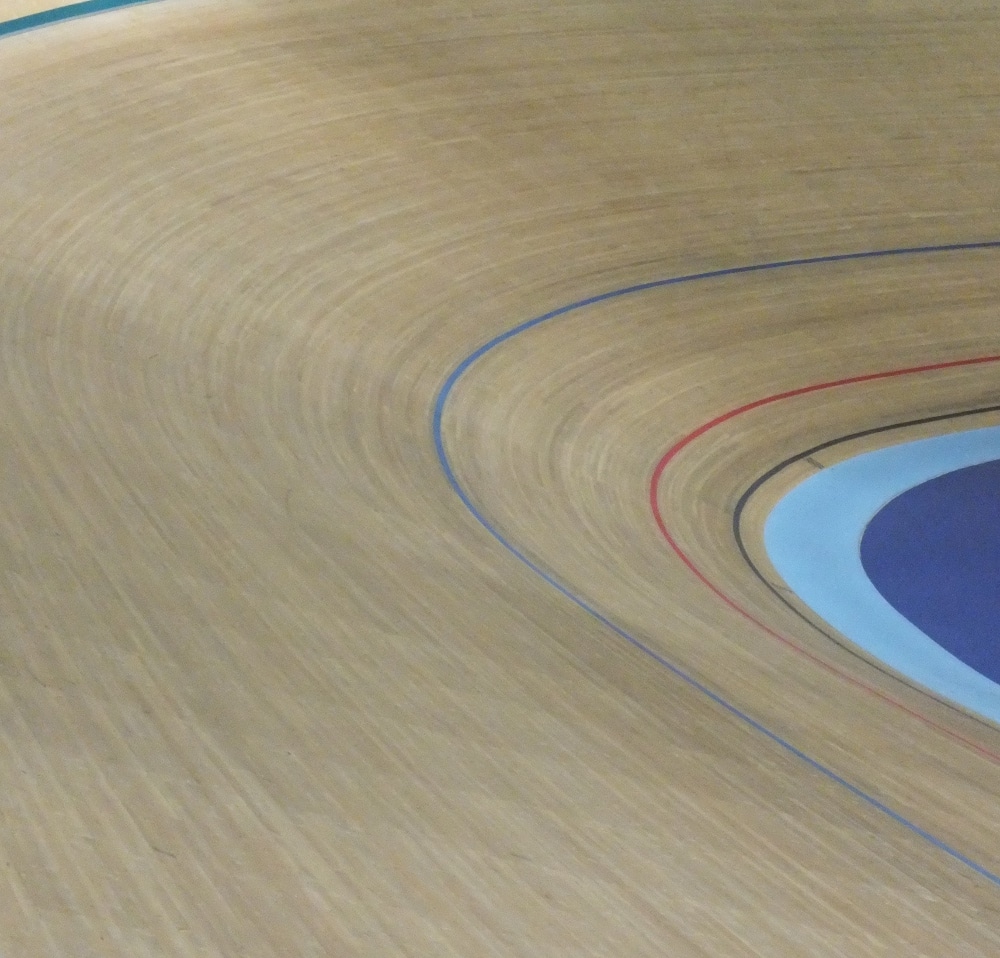 Usually my Winter riding consists of steady rides on my bad weather bike, a bit of cyclocross or MTB and trying to keep some of my Summer form which usually peaks about two days after the weather changes and the best bike is put away for six months.

Last Summer Derby Arena opened, just thirty miles down the road from Velotastic HQ. One of five indoor velodromes in the UK, the chance to beat the winter blues and take up a new challenge was an opportunity to great to miss.

I must admit I am a bit of a track virgin. I’ve never ridden fixed and never been to a velodrome to watch track cycling. Occasionally I’ll watch it on the TV when the Olympics are on, but that’s my limit.

The first thing that hits you when you are in the infield is the banking. Forty two degrees of Siberian pine that looks like it’s going to hurt if you have an off and more like the wall of death at the fair than something a mere mortal will ride around.

The track is in constant use and I had to book several weeks in advance to get an hour on the track. The there are various sessions available at the track – the Derby Rider for complete novices, four levels of accreditation followed by structured quality training (SQT). Once you have ten hours of SQT or equivalent then you can start thinking of racing.

The instructor explained the main differences between a track bike and a road bike – no brakes, shorter wheelbase and a fixed gear and said the two key things to remember were to keep pedalling and observation – the flick of the elbow and relying on your fellow riders to steer round you does not suffice. Speed is controlled by either going up the track or gently applying a bit of back pressure on the pedals. If you ease off the gas too much you get a subtle kick up the backside from your saddle. If you totally stop pedalling you are over the handlebars.

After clipping in while holding onto the chrome rail at the edge of the track we slowly progressed round the inner safety area and onto blue Cote d’Azur, black, red and blue lines that circle the 250 metre track. By the end of the session were confidently cruising round the top of the banking.

By the end of the session I was totally hooked and have found a new alternative to riding in dark nights and cold windy winter weather. Time for n+1 !